A Digital Message to the Fiscal Oversight Board

Over the past 12 years, we have witnessed multiple failed attempts by local government administrations in Puerto Rico to offer more efficient online services to citizens, following recurring promises in election campaigns. Two different governors in 2009 and 2013 proposed the creation of a central technology structure to help digitize government services, yet both failed in the endeavor. A country that succeeded, the UK, is currently the #1 ranked e-government country in the world.

Today, Puerto Rico faces one of the most difficult economic stages in its history, in which it is no longer just a matter of simplifying the lives of citizens. There’s an urgent need for the development of a central digital structure that will save millions of dollars in processes and services. From business transactions to the obtaining of degrees online in the University of Puerto Rico, to the procedures that every citizen carries out daily in agencies like the Department of Transportation and in public corporations like the electric power and aqueducts authorities. Absolutely everything must be evaluated from a digital perspective. However, it is the eternal absent topic in the public discussion of the fiscal crisis. 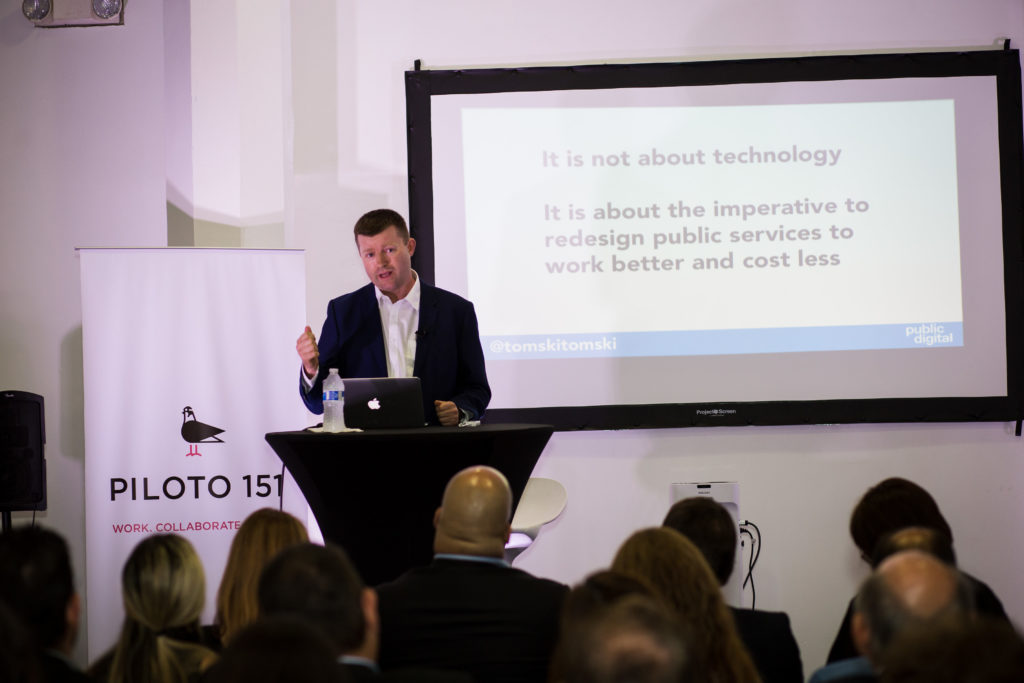 There is a global movement to transform and digitize governments that started in the UK, where the concept of “Government Service Design” originated. In 2011, the country started a comprehensive program to promote efficiency in all areas using digitization as the main resource, which has been developing a common technology in all government components. Not only has this allowed for multi-million dollar savings, it has resulted in a significant improvement in citizen services at a lower cost. This action has served as a basis for offering what they have called “Government as a platform,” capable of adding and simplifying services exponentially while providing a support structure to create new enterprises and innovation that was previously unimaginable.

A digital service structure is the first step in rebuilding a bankrupt government. The big question is, will the Fiscal Oversight Board be aware of the impact that a digital approach can represent for economic growth? On May 30th, Piloto 151 Coworking Space in Old San Juan will host a series of talks titled “Deal Fiscal Board.”

The first of the speakers will be Tom Loosemore, former Deputy Director of the UK Digital Service. The search for solutions from a digital perspective to face the complex landscape in our daily lives in Puerto Rico will be our mission. That our government and the Fiscal Control Board incorporate it as a governance structure, will be our goal. Digital must emerge from the silence and become a subject of force in the public discussion.